This post is going to be education-oriented, so those of you that like to read my WordPress-related posts may be bored smile However, I am going to relate this to development!

Why is Math Important?

I want to punch people in the teeth when they brag about never using algebra or advanced math later in life. Think about how many times you’ve heard someone say, “Hahaha, when have I needed to solve for ‘x’ since 10th grade??” I hear it all of the time. First, a pet peeve of mine is bragging about ignorance (similar to people that say, “I don’t read books; why would you do that?”). Yes please, tell me more about how you take pride in remaining uneducated or not having to think ever. 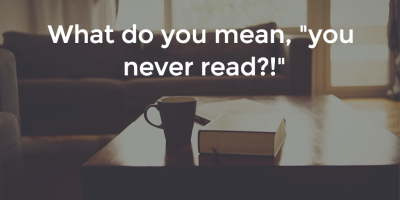 Aside from my own idiosyncrasy, I can’t imagine why people hate the idea of using math. You mean to tell me that you don’t ever need to model the world around you or phenomena in a logical way, or to predict what will happen? Guess what, that’s math darling. It’s the art of thinking logically and taking something abstract to a concrete idea in its most fundamental form. For those of you that are developers, you know that if you weren’t strong in modeling systems with math, you wouldn’t be able to do your job.

Know when I used trigonometry last? When I needed to figure out the floor area in my living room, and had to remove the triangular space occupied by my fireplace to get an accurate idea of how much flooring to buy (don’t forget to add 5-10% for cuts!). I had to do all of the fractions math for my husband and father-in-law while framing out a mudroom in our basement because they had to write it down to divide fractions. I used unit conversions to plan my grocery budget and to evaluate which packages of chicken I should be buying based on my usage rate. I’ve used math to project rates of return for investments, retirement options, and more.

(And as a side note, I haven’t done as much crazy modeling with my grocery purchases since we stopped eating beans and franks a couple times of week while we were digging out of debt smile )

While I was teaching Chemistry, I often had to spend a lot of time working on basic algebra skills and teaching kids how to properly solve or rearrange an equation. While teaching juniors in high school, this is pretty exasperating, since most of the math concepts you’re using in general Chemistry are fairly simple to understand. How about when I was student teaching in Philadelphia? Forget it. They asked me what I meant by “rearranging” the equation and what “isolating a variable” was. Disheartening.

What I found in teaching is that kids have never looked at math as a model. Instead, they’ve been taught that math is a set of rules you have to memorize, then try to follow. Dividing by something? Multiply on both sides. Except they don’t actually understand what in the world they’re doing. For example, I’d sometimes have an equation like this while teaching the combined gas law:

You can ignore the units, but take a look at the position of the variable. Well, there’s division on that side, right? I can’t tell you how many students just:

They second group has no idea that they just solved for 1/x, not x. The first group is just lost.

At some point, kids stop relating math to tangible ideas. Disturbingly, they lose the idea of math as a model earlier and earlier, to the point that some kids don’t even think of addition and subtraction as models.

Want to know how far the rabbit hole goes? I would give out sample cups of iron filings for a lab. Students measured the cup with the filings, put them in a beaker, then measured the empty sample cup. One of the calculations for the lab was to determine the mass of the iron filings sample. Think about that for a minute.

I had to draw a cup with filings and an empty cup with the corresponding masses below the pictures, then ask the question again for about half of my students to figure it out. Our first couple of labs always required this kind of structuring – it wasn’t a fluke or a random occurrence. And this was junior Chemistry.

Why couldn’t kids even set up a subtraction problem themselves? Because they were never taught that subtraction models the removal of components from a system. That multiplication models the replication of an entire system a certain number of times. They were never given word problems like, “Susie brings 3 apples to school each day. If Susie does this all 5 days in the week, how many apples has she brought to school in that time?”

What We Should Be Doing

Students need to have the opportunity to play with math and constantly relate it to physical objects. I used math cubes to put groups of cubes together, take them apart, and multiple or divide groups of cubes. Some schools have stopped doing this to teach basic math. Some students only memorize multiplication tables or facts. They memorize that 3 + 5 = 8 without understanding why.

I have no idea what percentage of elementary schools use which curriculum. This isn’t quantifiable or verifiable research. It’s based on my experiences while teaching and those of my colleagues. However, I know what helped my students, and what would help others: math as a modeling system. Modeling addition by putting groups of objects together. Modeling integration (area under the curve) by actually showing the summation of all function solutions using the graph of the function as a guide.

Let kids play with math. Let them model real things like baseball statistics or systems of equations so that they can see how math is used to reflect the concrete world, then extends to abstract predictions. Let them learn odds using gambling or the lottery. Give them clip-together-cubes to model arithmetic. For example, give kids a bunch of these cubes, tell them to make a cube and a rectangular solid, then provide a general equation for volume. They’ll figure out what volume is, and be empowered to solve problems rather than memorizing V = l x w x h.

Essentially, we need to teach them to fish when it comes to math rather than giving them fish. If you have to give kids an equation the first time it’s taught, you’ve put them at an immense disadvantage.

How does this relate to code and development? Easy. If students can’t model basic subtraction problems in a lab, how can we expect any of them to model systems with software? How can we ensure that they’ll even know where to begin? These skills extend past math to the ability to figure problems out, model solutions, and extend those solutions to model future predictions.

These are the kinds of problems kids should be solving for practice: word problems and scenarios that make sure they understand math theory, not timed tests to quiz memorization. There are lots of great teachers doing this already, but with the pressure of testing that encourages memorization at young ages, some kids don’t get these kinds of opportunities. As a result, we’re telling kids that understanding and problem solving are not as important, or at least not important enough for us to teach.