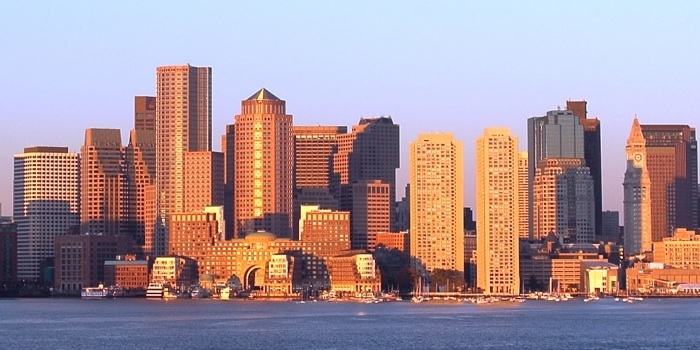 Here’s my theme song for the past couple of weeks:

I just made a (temporary) move to downtown Boston from suburbia in Pennsylvania, which has been a pretty exciting process (though I’m glad it’s finally done!). So first, I’ll share why, then some tidbits I learned (or re-learned) from the move.

The move was primarily motivated by business. We’re looking to consolidate our team in one location, and Boston was the best option at the moment. We’re testing having a home location for the next 6 months versus having an entirely remote team to see if being co-located makes a difference. Since our business is so new, we need to figure some things out before we start to grow, so this is one of the primary things on our list. 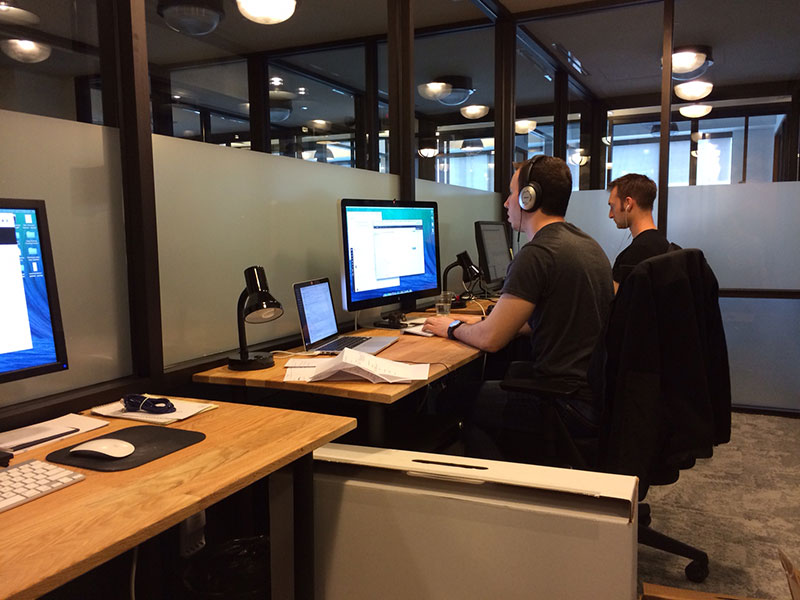 The new digs at WeWork.

Ideally, we’ll be able to hire in-person (though we’ll probably always have a portion of our team working remotely), and hope this may help as we expand. Either (a) being co-located won’t matter, and we can move where we want, or (b) it will matter, and will then shape how we move forward in terms of living arrangements, hiring, etc.

On the personal side, I’d looked forward to being in the middle of a city, as I’ve never actually lived within walking distance of everything I need. I grew up in the suburbs of Philadelphia, and though I went to college in Philly, I lived right at the west edge of the city. In short, you get all of the traffic at the edge of the city and none of the benefits – no late-night food, still need to drive most places, and poor transportation options. Oh, and housing is still expensive. Awesome. Not.

Now I can see our office at WeWork from our apartment and walk there in about 7 minutes: 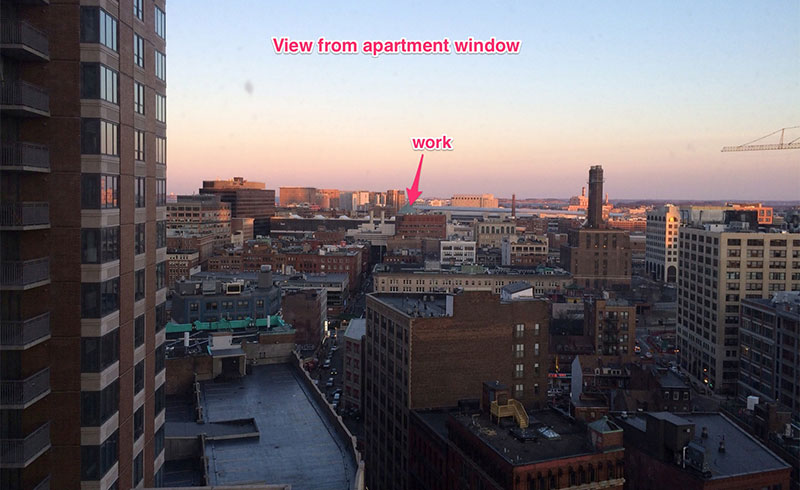 View from the apartment

So to make a long story short, I made a 6-month move for:

I consider myself an almost minimalist. I don’t like clutter, having too much stuff, or keeping clothing that I haven’t worn in the past year. If I can’t remember using or wearing something, I typically sell or donate it. I occasionally get sentimental and keep stuff around I don’t need or hang useless stuff on my walls for fun, but I’m pretty much a bare-bones person.

At least I thought I was.

This is what I thought I would be like while packing up and gearing up to get traveling: 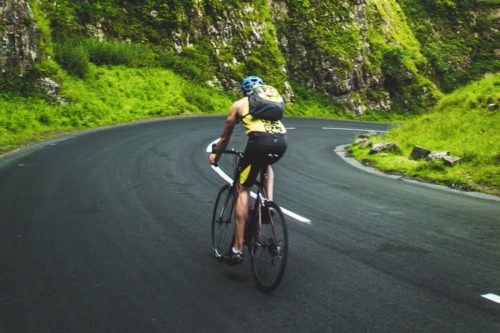 This is probably closer to what’s real:

We sold a TON of stuff from our house – as in bedroom sets, “guest room” furniture, our second car, the whole shebang. Yet we still almost filled a 12ft Penske truck. I learned that we both keep stuff we probably don’t need and our views on what we “need” have gotten a bit inflated.

Even though I’m happy that we brought my couch that I love like a first-born child, there are some things we’ll try to cut out over the next few months to continue simplifying our lives. I’ve found that I really enjoy cutting out a lot of distractions and “stuff” that needs to be maintained (which is more something re-learned than new).

A lot of our possessions were things we were attached to due to something like the IKEA effect – we’d remodeled our first house and loving picked out stuff to fill it with, so we were far more attached to some things than we probably should have been. It feels good to realize (again) that you don’t actually need most of the stuff you have, and a bit freeing to sell off most of it.

Where to from here?

The downside is that we’re now pretty far from most of our family. Yes, a plane ride from BOS to PHL is pretty simple and short, but it’s very different compared to being a 15 minute drive away. While this isn’t intended to be a permanent move, it’s still a bit tough to miss some things we’ve gotten used to. There are no random Sunday dinners, no in-person visits to our new nephew, or random mani-pedis with my sisters.

We’re planning on going closer to home depending on how the next few months turn out, but there are a lot of balls in the air at the moment. Long term, we want to be back in Pennsylvania, but there’s something a bit fun about the unknown smile Who knows, maybe we’ll city-hop for a bit after this since we’ve streamlined ourselves a bit. The nomadic travel has always been interesting to me, but I’ve learned that I need a dedicated work space at the minimum to make it work.

So again, long story short: I have no idea what’s next. But I’m kind of excited about that smile And taking city suggestions should we need another place to move!