I’m hoping this doesn’t sound too much like a rant, but I just want to offer some advice to the other small business owners out there looking for health insurance. I know I’ve advised some of you on my own research when setting up our health care, but will be looking for alternatives in the future based on a recent experience with CVS Caremark.

I’m hoping this completely ridiculous situation with CVS Caremark helps you avoid them at all costs if you’re making a similar decision for you and your employees. Here’s the almost unbelievable series of events that I’ve gone through with the Caremark customer service team that should warn almost anyone away from this company.

When SkyVerge was founded, I was put in charge of research on health insurance plans and finding the best plan for a company our size without a centralized location. Our first choice plan with United Healthcare turned out to be far more expensive than we thought it would be, so we chose a plan through Capital Blue Cross that uses CVS Caremark for prescriptions.

Any time I’d called them with questions about our prescriptions or coverages, they were very helpful and polite. I called to change my address on file, and they made sure everything was changed quickly, and even reminded me to edit the address for my upcoming prescription that would be filled.

However, I’d never actually experienced an issue until recently. Based on my 4-month experience trying to get a refund from this company, I would strongly advise you to avoid CVS Caremark if at all possible for mail-order prescriptions for your business.

CVS Caremark Review: The Worst Customer Experience of My Life

It’s easy to have great customer service when everything goes well and customers are happy. However, you really have to earn that reputation when you mess up or when things aren’t great with your customers. My first issue with CVS Caremark will hopefully be the only one I ever have to deal with.

Before you wonder how I handled this, note that I also do support for our software products – I know that being polite and understanding will always get better resolutions in situations like this since I’m usually the one resolving things. I took this approach with each CVS representative that I spoke with, and still had an incredibly negative experience.

CVS Caremark Review: The molehill that turns into a mountain

Caremark incorrectly charged me for a mail order prescription that was 100% covered by our insurance plan. I pointed out the error in the beginning of April (yes, April 9 – it’s as ridiculous as it sounds), and was told they’d investigate what went wrong, then get back to me.

I had to call back a week later, and then the next week, to get an answer as to what was happening – nobody ever called me to tell me that they’d resolved the issue. After a few call backs, I finally got the answer that a check would be mailed, as they couldn’t process a refund directly onto the card they’d charged (which should have been my first red flag – “Check’s in the mail” is never a good thing to hear).

However, nobody could tell me when that check would actually be sent. Finally, at the end of May I got a reference number for the case and this helpful woman also confirmed my address for the check that would be sent since we’d updated it recently. I was also told that someone from accounts would call me to let me know more information. This was the only time I’d actually had somebody call me from CVS Caremark.

The accounts team representative called and told me that a check would be sent, but they didn’t know when. Oh, and it would probably be at least a month, so don’t bother calling back for another month.

Yes, it was just as rude and obnoxious as it sounds. This was on May 22.

So you’d probably do what I did next: charged that sucker right back. I’m not waiting over 2 months for a refund that should just go back on my credit card. So as soon as I got off of the phone with the incredibly rude accounts representative, I got in touch with American Express and cited the reference number for a case that said I was due a refund, just not yet. Y’know, because 2-3 months is normal for a refund on something that they screwed up.

So a month later, American Express resolves the issue and refunds me the charge (June 26).

Okay, so I’ve got the money back that I’m owed, and we should be done now, right? 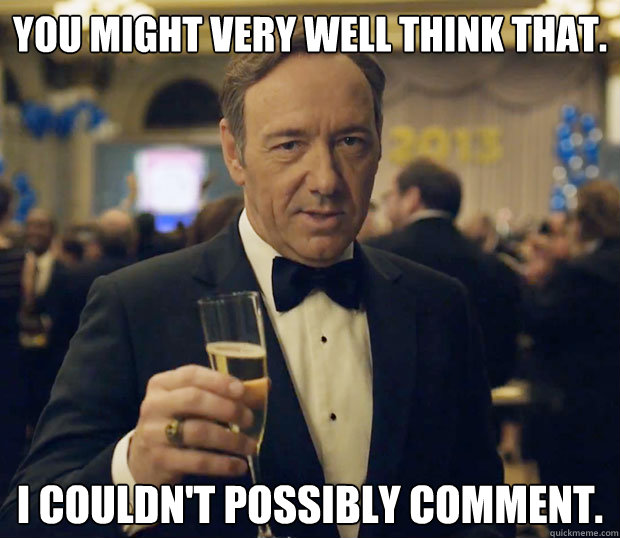 So remember CVS Caremark, the company that can’t keep their head straight enough to process a refund in less than 3 months? They manage to send me a notice about the chargeback and the now-outstanding account balance within 2 weeks. I couldn’t make this up if I tried.

So of course, I call them July 11 to ask them to wipe the account balance and just cancel the refund check I’m liable to never receive, because now we’re square. Apparently we couldn’t wipe the balance because my case is still being investigated. Remember that part, it’s important. Repeat: they can’t issue me a refund yet because the case isn’t closed (spoiler alert: they try to lie to me about this later).

I ask them to put a freeze on everything and make sure that nothing is charged or sent to collections until this is resolved, and they confirm that’s the case.

So less than a week after this conversation, I see a pending charge for the exact amount I charged back, which seems a bit weird. My prescription is being filled now, but remember that it’s covered 100%, so I’m not being charged for that. I call to make sure that they’re not going back on what they told me five days ago and I’m assured that it won’t be captured; they just authorize a charge before mailing.

I point out that this authorization is usually $1, not an exact amount in the hundreds of dollars. They confirm that it won’t be charged.

I think you see where this is going.

Yep, I’m charged the amount I charged back – first lie (unless you count “you’ll receive a check”). I confirm this on July 19 when someone tells me they re-charged what I had charged back because my account balance was outstanding. In case you don’t know this, merchants are not allowed to re-charge chargebacks; they have to be settled with their own collection method.

Now I’m pissed. Okay, I was already, but now I’m furious. I get to speak with a “senior resolutions manager” who tells me that a refund could take until the end of the year. As in, 8 months total. When I say this is unacceptable and I’ll be charging it back immediately again if this is the case, she says she’ll call me back no later than Wednesday night with news on refunding this charge.

And this is the second outright lie of many I am told.

Monae from CVS Caremark never calls me back, so I call back on July 24 to say, “Umm, hey, you lied and said you’d call back. You didn’t.” I’m told that she left a voicemail (neither myself nor Max have a voicemail, and I confirm these are the only 2 phone numbers on file). Lie.

I’m told that a check was mailed to me May 2. Another lie. Remember that,

Oh, and they sent a check to my old address. The one they’d confirmed was changed. Yet another lie. I said, “That’s okay, I still owned that house until June 30 and received all other mail, including a check from my auto insurance company.”

Now they try to back pedal and blame the post office, then the address mixup despite the fact that they’ve been sending prescriptions to the right place. Nevermind that I still got all mail at that address until the end of June and everything that was forwarded to the new address. Oh, and they couldn’t send a check anyway when I called on July 11, but somehow they already one got sent May 2.

However, I just want the money back. So we say, okay we’ll cancel that “check” and refund your card. And my new friend at CVS tells me there’s no way to refund the AmEx they charged, but they can put it on my debit card instead. I think we’re at lie #6 or 7, because they can definitely refund my AmEx. I insist, but he continues to say it’s not possible.

I give him Max’s debit number instead and he confirms it will not be added to my payment methods in my account – God knows I don’t want money coming straight out of my checking account to this asinine company. Lied again. The debit card is successfully added to my account payment methods despite this assurance, but no refund shows up.

I have to delete it and call again for a refund. Now all of the sudden we can refund my American Express. My newest friend at CVS Caremark promises me that the refund will show up within 72 hours. This time I’m actually hopeful since I’m given a definite time period and it’s going on the card that was charged. Nope, Lie number…what the hell are we on again? 9?

I try one last time on August 12. Barbara promises me that Susan from account resolutions will call me back by Friday 8/15 at the latest, and this will be completely resolved by then.

Update 2014-08-28: A Caremark representative called me a week ago saying that they’d seen this post and asking what they could do to make it right. This rep said that he’d look into what they could do to either get a check sent overnight or refund my card, then he’d call me back. Today it was finally refunded. Apparently it takes a blog post.

I had to charge this back again with an American Express rep who was incensed on my behalf (which felt great), and had to issue a merchant block on CVS Caremark (so they can’t charge my card) because of their ineptitude and dishonesty. I’m so pleasantly surprised at this being resolved in 4 minutes because this is what great customer service looks like.

I’ll still have to get Caremark to wipe this account balance once this newest chargeback is processed because they’ll probably note that I have an outstanding balance again (as they did the first time). Now I think they’ve lied enough times that they can’t keep this straight, and will no longer have the “this isn’t resolved” excuse.

Never have I dealt with a company that was not only unable to carry out basic business functions (such as refunds), but was outright dishonest with customers. Telling me 4 times that a refund would be processed without processing this refund is incomprehensible, and there’s no viable excuse for it.

I’m hoping that this can reach you if you’re looking for new insurance or a plan to replace the insurance you have currently. Avoid CVS Caremark – for your sake and for the employees that you’re trying to take care of. If this is how they treat me when they messed up their own billing, imagine how this will be for any other serious billing issue.

And get an American Express card.